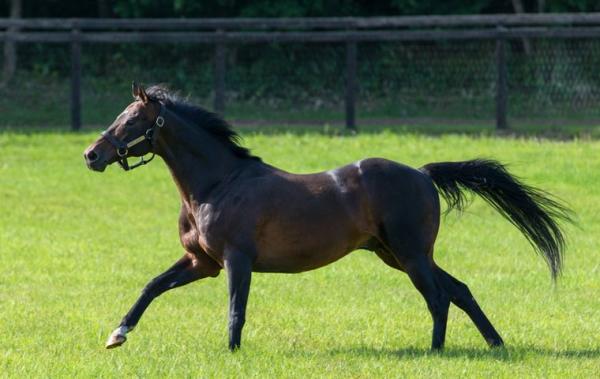 Red Bel Jour (2 c ex Red Fantasia) took his unbeaten record to two as he landed the Nisai Stakes (Gr 2, 1600m) by a length and a half on quick ground at Kyoto. The son of Deep Impact (Sunday Silence), who made a winning debut at Hanshin back in June, proved to be too strong for Win Greatest (Screen Hero) with favourite Pale Ale (Daiwa Major) a further three quarters of a length back in third. Red Bel Jour, who is trained by Hideaki Fujiwara for Tokyo Horse Racing was the 143rd stakes winner sired by Deep Impact.
Novara Park's Staphanos is the highest Timeform Rated son of Deep Impact at stud in New Zealand. Staphanos is also the highest earner at stud in New Zealand having won $6.2m on the racetrack.