Big weekend for Sire of Staphanos 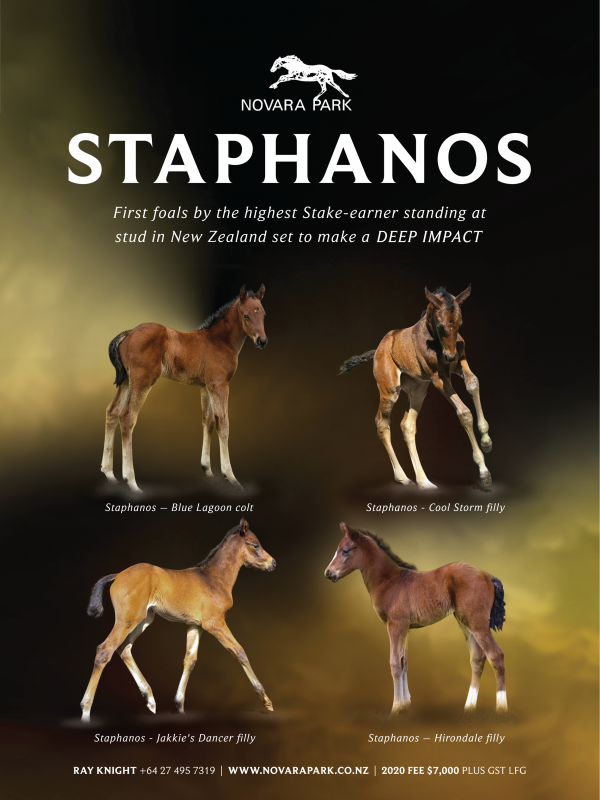 Centelleo (5 h ex Admire Kirameki by End Sweep) landed the Sankei Sho All Comers (Gr 2, 2200m) at Nakayama yesterday and became the 160th individual stakes winner for his late sire Deep Impact (Sunday Silence). The entire got up by a nose from Curren Bouquetd'or (Deep Impact) while there was a further length and a quarter back to Stay Foolish (Stay Gold) in third. Centelleo was recording his fifth win from 16 starts, while he also ran fourth in the Queen Elizabeth II Cup (Gr 1, 2200m) at Kyoto last November and ran second in the Mermaid Stakes (Gr 2, 2000m) at Hanshin on his last outing.

At Chukyo Three-time Group 1 winner Contrail remained unbeaten in the Kobe Shimbun Hai (Gr 2, 2200m) at Chukyo yesterday and provided Deep Impact a Group race double on the day. The Yoshito Yahagi-trained colt is now six from six, inducing victories in the Hopeful Stakes (Gr 1, 2000m), Satsuki Sho (Gr 1, 2000m) and Tokyo Yushun (Gr 1, 2400m), as well as a maiden win and success in the Hai Nisai Stakes (Gr 3, 1800m). Sent off as favourite he was an easy two length winner over Weltreisende (Dream Journey), while Robertson Quay (Rulership) a neck away in third.

Novara Park's Staphanos is the only son of Deep Impact at stud in New Zealand.