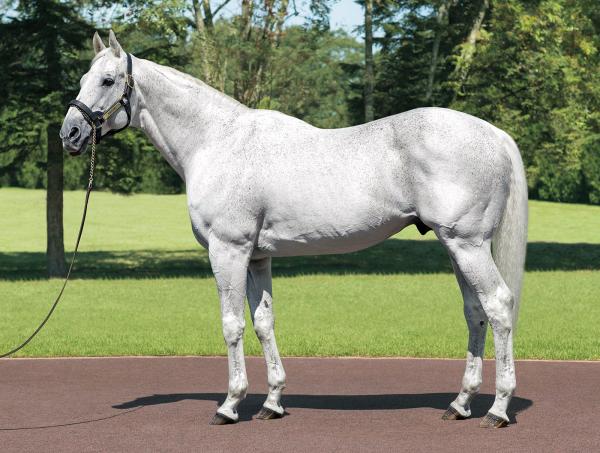 Kurofune currently sits second on the Leading Japanese Broodmare sire list behind Sunday Silence the grand sire of Staphanos. Last season progeny out of mares by Kurofune won prizemoney of NZ$32,000,000 in Japan alone!
Kurofune was Champion 3yo Miler.He won six of his ten starts including two at Group One level.
Kurofune also set four track records.
Kurofune’s pedigree is readily recognisable to Australasian breeders. His sire is the internationally successful stallion French Deputy (USA), and he is out of the stakes winning mare Blue Avenue, also dam of 2YO stakes winning Bella Bellucci, a full sister to Kurofune.
Blue Avenue is a daughter of Classic Go Go, a son of Golden Slipper winner Pago Pago, and Kurofune’s fourth dam is the New Zealand mare Catania, winner of the Great Northern Oaks. This is the family of the AJC Derby winner Prince Grant, Melbourne Cup winner and successful sire Silver Knight, New Zealand Oaks winner Cicada and in more recent times stakes winners Regina Madre and Fashion Cafe.
Kurofune was a terrific racehorse, capable of undeniable brilliance and he comes from a sire line that has worked in Australia. Image- Kurofune