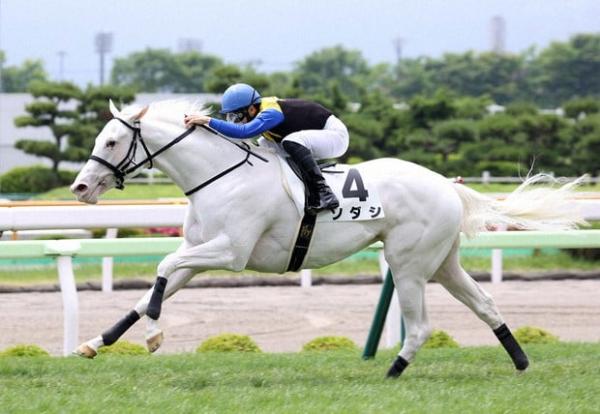 The Group One racing in Japan and Hong Kong Jockey Club's International Meeting over the weekend placed Novara Park's Staphanos pedigree and race ability in the spotlight.

In Japan the unbeaten SODASHI became first WHITE horse to win a Gr1 race in winning the Gr1 Hanshin Juvenile Fillies on Sunday. Sodashi is undefeated in 4 starts to date and has already won 2 Gr3 races in her previous two starts. Sodashi is by Kurofune. The dam of Staphanos is Kokoshnik by Kurofune.

Kurofune was Champion 3yo Miler. He won six of his ten starts including two at Group One level and also set four track records. Second placing in the Gr1 Hanshin Juvenile Fillies went to Satono Reinas by Deep Impact, the sire of Staphanos.

Staphanos as a racehorse was a multiple Group One performer on three occasions representing his country Japan at Hong Kong Jockey Club International meetings. On Sunday it was the Japanese who dominated the Group One races again. They took first , second and fourth in the Hong Kong Cup. The winner Normcore is out of a mare by Kurofune, the broodmare sire of Staphanos. Normcore edged out Win Bright who had won the previous years Hong Kong Cup.

In the Group One Hong Kong Sprint Danon Smash followed in the footsteps of his Sire Lond Kaneloa to win comfortably edging out Jolly Banner by Lonhro and Rattan by Savabeel.