Two year old half to Jakkalberry brilliant on debut. 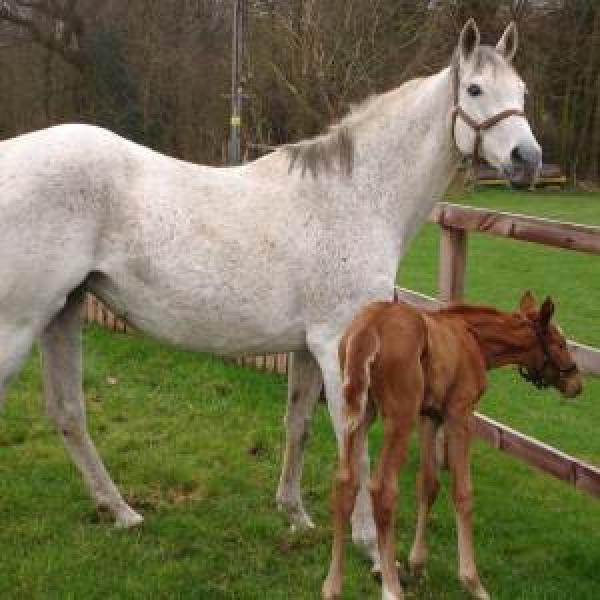 After setting a moderate pace, she left her rivals in the dust when asked to quicken by jockey Dario Vargiu.

The chestnut filly clocked the last 400 metres at the end of the 1700 metre race in :21 and crossed the line five lengths in front of the colt General Sherman (Ire) (by Teofilo) and filly Loritania (Ire) ( by Teofilo).

Joyful Hope is the latest foal out of Claba Di San Jore, bred by Razza Del Velino before the Botti’s breeding operation sold the now 15-year-old broodmare for 575,000gns (NZ$1.15m) to Watership Down Stud at Tattersalls December in 2012.

Claba Di San Jore is by Barathea, a champion miler son of Sadler’s Wells, has now produced seven winners from seven to race.

The family clearly has prepotent bloodlines as the first foal of Bois Joli, 3yo Celticus is a stakes winner of six races.

Claba Di San Jore will look to add to her amazing record with further progeny as she has a yearling filly by Dubawi and a colt foaled this year by Dubawi also.

Close relation So Many Shots by Duke of Marmalade has continued her outstanding record after her 3rd in the Italian Oaks with wins in the Group 3 Premio Mario Incisa and the Listed Premio Buonatalenta.

So Many Shots is out of Cland Di San Jore, a half- sister to Claba Di San Jore.