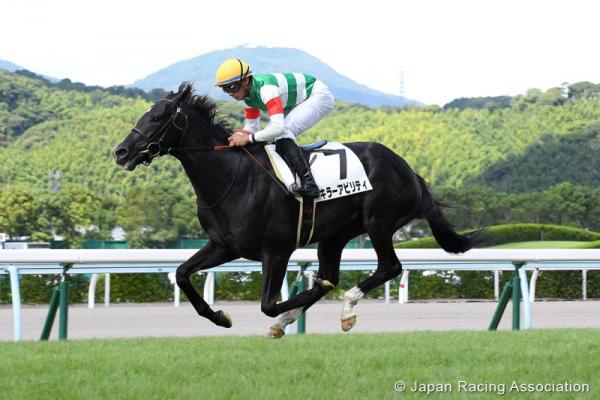 Killer Ability (Jpn) (Deep Impact {Jpn}) showed plenty of talent to take the G1 Hopeful S. at Nakayama on Tuesday. The 2000-metre affair featured 15 colts in the final Japan Racing Association Group 1 of 2021. It was an exacta for the deceased Shadai kingpin Deep Impact, as Justin Palace (Jpn) was 1 1/2 lengths behind.

Second choice at 2-1, the blinkered colt rated in an ideal position perched in third while saving ground against the rails as Grand Line (Jpn) (Duramente {Jpn}) carved out even splits of :23.90, :48.10 and 1:12.10 while followed by Born This Way (Jpn) (Heart's Cry {Jpn}). Grand Line's lead shrank and he came back to the field at the 600-metre mark, as Killer Ability appeared poised to capitalize on his dream trip. Born This Way took up the baton with a furlong to cover and Grand Line soon packed it in, but Killer Ability was already at the new leader's throatlatch and soon stormed clear to win going away. Justin Palace rallied for second, with Lagulf (Jpn) (Maurice {Jpn}) third another 1 1/4 lengths behind.

“Sitting in the saddle in his workouts two weeks in a row convinced me that he was going to run and run fast,” said jockey Takeshi Yokoyama. “We sat in a good position and when the colt was able to relax in the backstretch, I had all the confidence I needed that he was going to win. I'm sure he will go on to improve further and become stronger.”

The Hopeful S. winner is Deep Impact's 181st black-type scorer, 145th group winner and 54th winner at the highest level. Killer Ability is the former Shadai resident's second winner of the race, and he is in good company, as his first was 2020 Japan Triple Crown hero Contrail (Jpn).