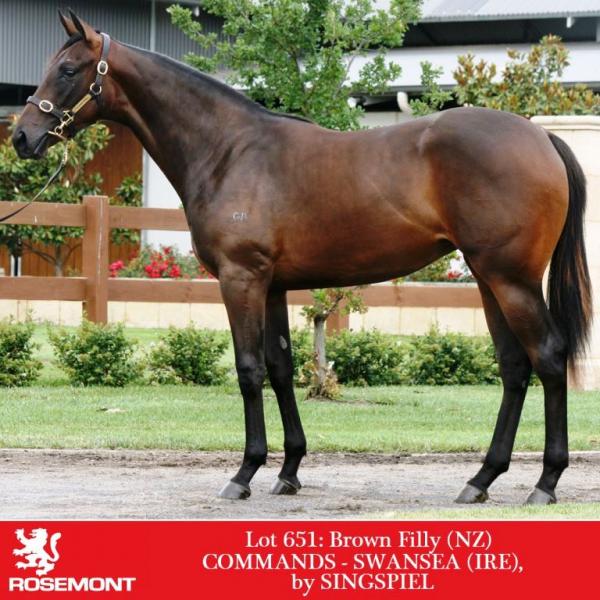 Sweynesse's half-sister the 3yo Rimraam ran an impressive second in the Group Three New Zealand Bloodstock Ethereal Stakes at Caulfield over 2000m.

Man of the moment David Hayes will decide on Saturday week whether he will have a crack at winning his second Group I VRC Oaks at Flemington.

Hayes said he would make up his mind after he runs Saturday’s Ethereal Stakes runner-up Rimraam in the traditional Oaks lead-up — the 2000m Group II Wakeful Stakes at Flemington.

The Commands filly Rimraam was ridden by Hong-Kong based rider Chad Schofield when she boxed on well to be beaten just under two lengths at Caulfield by the Gai Waterhouse-Adrian Bott trained Pinot, who led most of the way at her fifth race start. Rimraam settled fifth on a day dominated by on-pace runners.

“She’s really improved, so we’ll see what happens next,” Hayes said. “I love the way she’s progressed so far through the grades in the country to being placed in a Group race.”

Rimraam has never missed a place in six career starts and broke through for her maiden win at her previous run over 1755m at Geelong on October 4.

The winner Pinot is by Pierro, a son of Lonhro the sire of Sweynesse also.

Image- Rimraam as a yearling sold for AUS$340,000 at the Magic Millions Yearling Sale