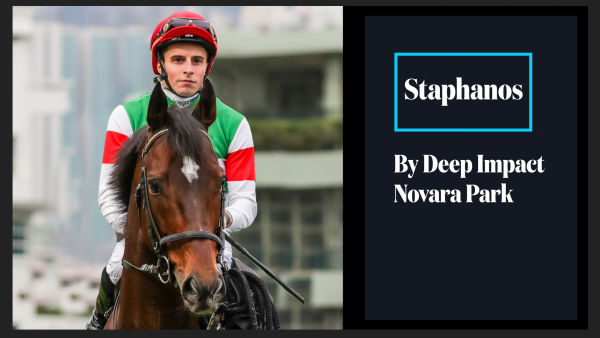 Best Actor (Deep Impact ex Best Location by Kurofune) made it three wins in a row as he took out the Hankyu Hai (G3, 1400m) at Hanshin yesterday. The six-year-old, who was making his stakes race debut, won by half a length. Fiano Romano (Fastnet Rock) placed second and Diatonic (Lord Kanloa) placed third. Best Actor has now won six of his 12 starts. Novara Park's Staphanos shares the same sire and broodmare sire as Best Actor being by Deep Impact out of a mare by World Champion Miler Kurofune.

Danon Kingly (Deep Impact) registered his third stakes success when bagging yesterday’s Nakayama Kinen (Gr 2, 1800m). The four-yearold beat Lucky Lilac (Orfevre) by a length and three quarters, with Soul Stirring (Frankel) another neck away in third. Danon Kingly has now won five of his eight starts, failing to make the frame on just one occasion, when he contested the Kyoto MIle Championship (Gr 1, 1600m) on his previous outing.