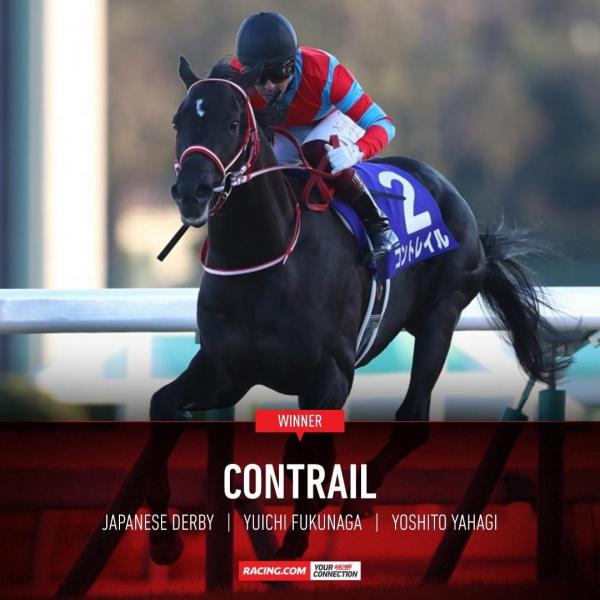 Emerging star Contrail (3 c Deep Impact -Rhodochrosite by Unbridled’s Song) scored an emphatic win in the Tokyo Yushun (Gr 1,2400m), the Japanese Derby, yesterday. The Yoshito Yahagi-trained Contrail went into the race having won all four of his starts including the Satsuki Sho (Gr 1, 2000m), Japan’s 2,000 Guineas equivalent, and the Hopeful Stakes (Gr 1, 2000m) as a two-year-old. Ridden by Yuichi Fukunaga, 1.4 favourite Contrail settled handy in what was a muddling-run race, stretching clear down the long Tokyo straight for a commanding threelength win over second-elect Salios (Heart’s Cry); Weltreisende (Dream Journey) finished third, almost five lengths from the winner. Contrail may head to the Prix de l’Arc de Triomphe (Gr1, 2400m) in October, with Yahagi saying that the owner’s biggest dream was to win the French feature. If not, he may attempt to join his sire Deep Impact (Sunday Silence) as a winner of the Japanese Triple Crown by taking the Kikuka Sho (Gr 1, 3000m), the Japanese St Leger, that same month. Image-Contrail