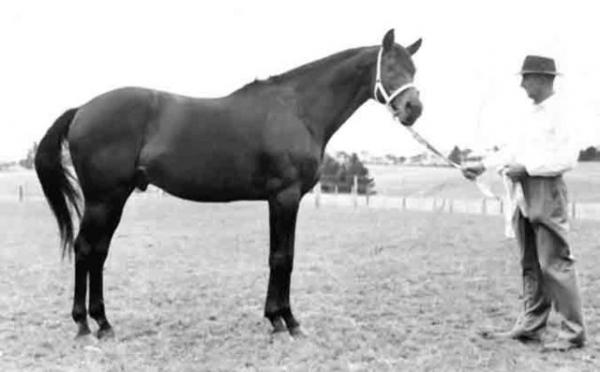 The result of the Group One Australian Derby at Randwick Sydney on Saturday put the spotlight on two close relatives to be sold by Novara Park at the upcoming National Weanling Sale to be held at Karaka on 9 &10 May.

New Zealand bred Jon Snow took out the Australian Derby after winning the Group Two Tulloch Stakes the week before.

Novara Park has two weanlings on offer at the National Weanling Sale by Jakkalberry related to Jon Snow,with the common denominator is that all are descendant of Soliloquy.

Solilioquy was one of the best racehorses of her year taking out the Group One Waikato RC Lion Brown Sprint. Soliloquy was by Sobig, a son of Champion New Zealand sire Summertime who is in turn from the female line of Jakkalberry.

Malva is the dam of successful sires King Salmon, His Grace and one of most significant sires ever imported to America being Blenheim II.

Blenheim II was one of the most significant sires imported into America in the 1930s and the first of three Derby winners sold by the Aga Khan to America. A proven sire in Europe, he is one of the few stallions to have offspring win both the English Derby (Mahmoud) and Kentucky Derby (Whirlaway and Jet Pilot).

Mahmoud (Blenheim – Mah Mahal ) is the sire of Almahmoud ,one of the great matriarchs of the turf of all times. Almahmoud is the dam of Natalma  (dam of Northern Dancer) and Cosmah (dam of Halo).

Blenheim II's best daughter was Mahmoud's "aunt" Mumtaz Begum (out of Mumtaz Mahal), who became the dam of the even more influential sire Nasrullah, who also was imported to stand at Claiborne Farm, and his stakes winning sisters Malindi and Rivaz. Mumtaz Begum's daughter, Sun Princess produced the great runner and sire Royal Charger. Royal Charger is the sire of Turn-to (sire of Sir Gaylord the grandsire of Champion New Zealand sire Sir Tristram, and of Francis S., Royal Serenade, etc.), the sires Madara, Flaneur II, and Lucky Bag, as well as the important broodmare Tessa Gillian the dam of successful New Zealand sire Test Case, and from where Eight Carat descends.

Malva also holds much relevance to New Zealand as she is the second dam of Champion New Zealand stallion Summertime.

Summertime a seven-time winner in the UK went on to be thrice champion sire in New Zealand, four times the leading NZ-based sire judged on combined Australasian progeny earnings, and the only stallion ever to sire three consecutive AJC Derby winners.