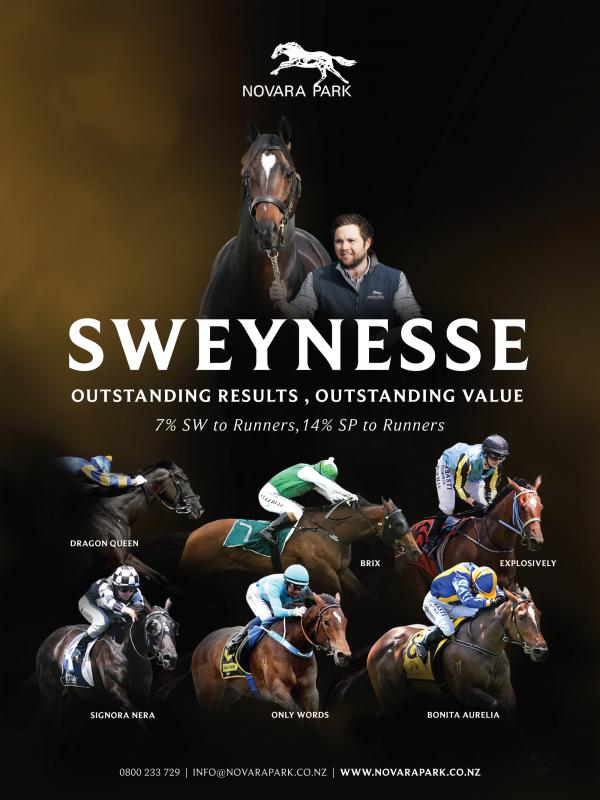 The stellar season has continued for Novara Park's Sweynesse with Signora Nera placing third in the Group One Queensland Oaks (2200m)at Eagle Farm Brisbane on Saturday.

Two weeks earlier it was Sweynesse filly Only Words taking out the Gr.2 The Roses (2000m) at Doomben.

Four weeks earlier both Signora Nera and Only Words placed second and third respectfully in the Listed Gold Bracelet (1800m) at Doomben.

Both fillies were previously trained in New Zealand.

Signora Nera was trained in New Zealand by Allan Sharrock where she won two races and placed third in the Eulogy Stakes.

Only Words was trained in New Zealand by Clint Isdale where she won two races including the Wanganui Guineas.

Both horses are now under the expert eye of former New Zealander and multiple Champion Australian trainer Chris Waller.